A song for Our Blessed Mother – ‘Praise Her with a Flower’

A song for Our Blessed Mother – ‘Praise Her with a Flower’

BSC KUCHING: The 17th Worldwide Children’s Eucharistic Holy Hour (WWCEHH) at Blessed Sacrament Church on 4 October began with a welcome and introduction at Our Lady of Lourdes Grotto.

After lighting the Unity Candle, the procession, led by a cross bearer, followed by flower girls, bearers of the statue of Our Lady of Fatima, altar servers, petition bearer, student presenter, rosary leaders and the congregation made their way to the entrance of the Church. They were accompanied by Fr Felix Au and the Sunday School teachers.

The glow from the lighted candles held by the people following the procession was a magnificent sight, made all the more spectacular by the sweet chorus of hymns coming from the children’s choir. 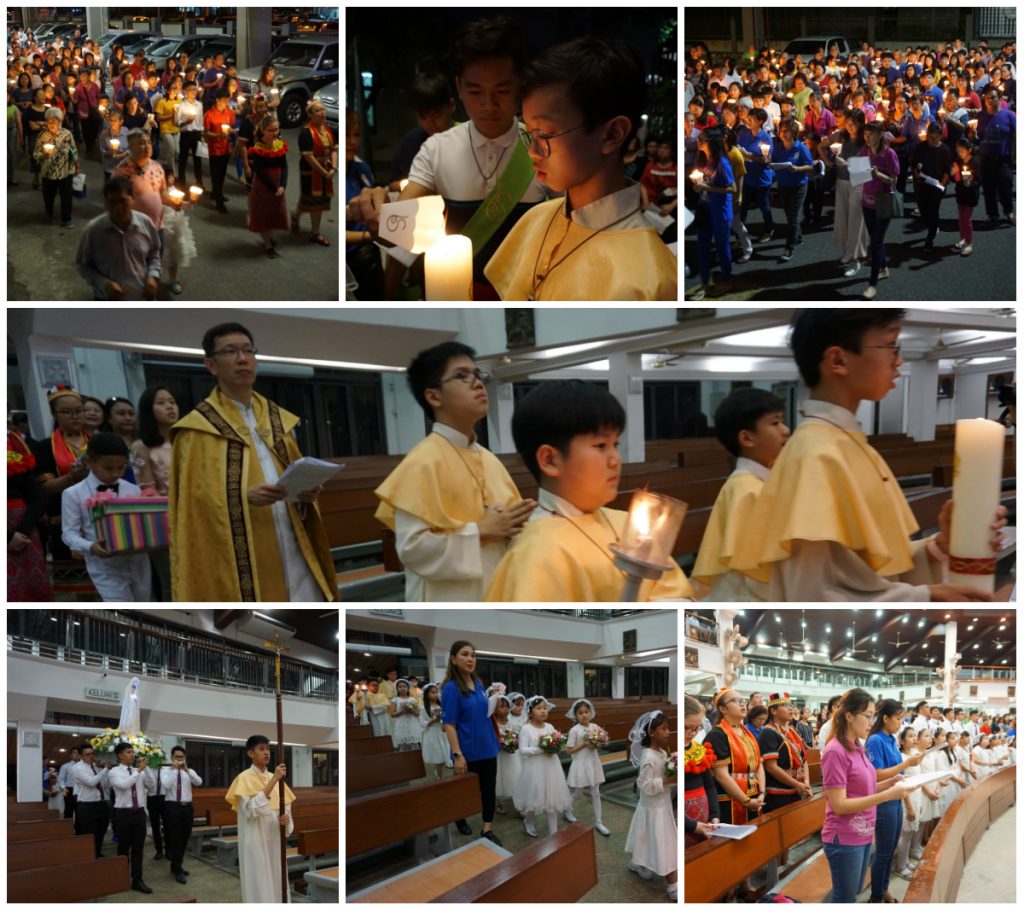 The statue of Our Lady of Fatima entered the Church with an Entrance hymn sung until it was placed at the Sanctuary.

This was followed by the crowning of the statue of Our Lady of Fatima by girls in traditional costumes, with the prayer ‘SALVE, REGINA’ (Hail Holy Queen) and the theme song ‘We are the children of the World’, presented by the choir. 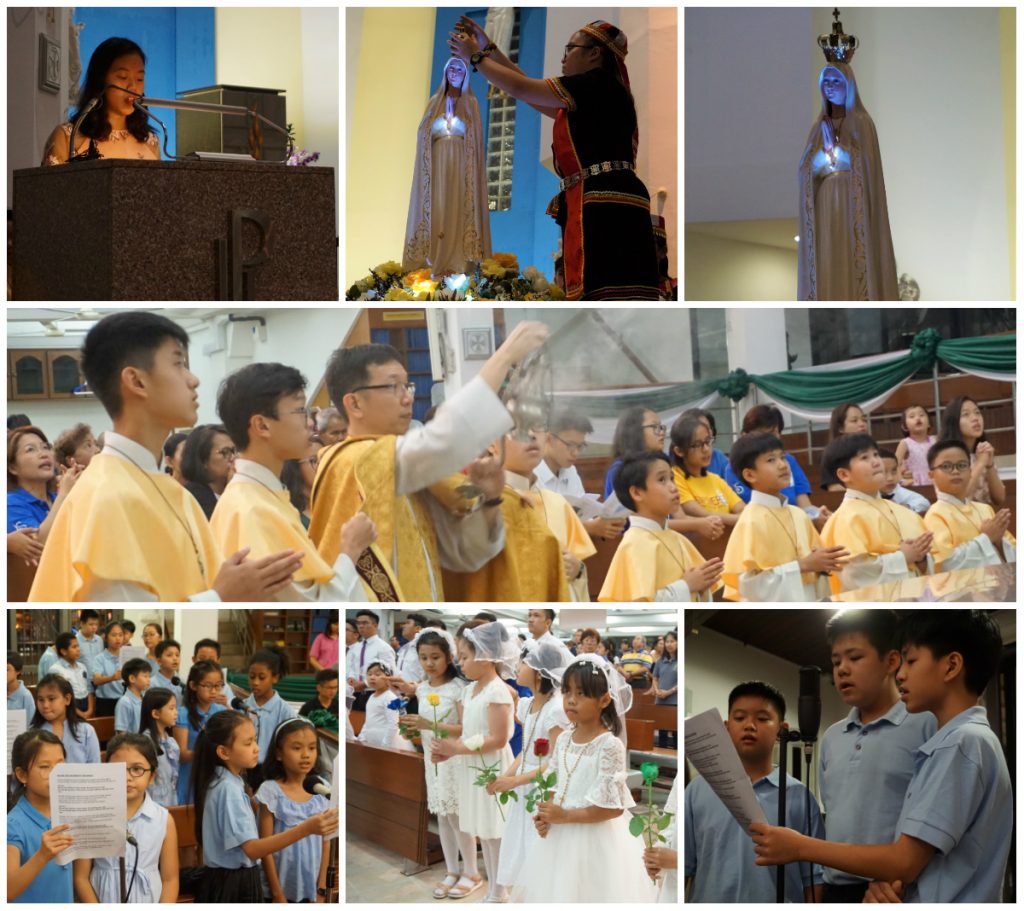 The recitation of the Rosary by five students dressed in colours representing the five continents of Africa, America, Europe, Oceania and Asia took place after the Exposition and Adoration of the Blessed Sacrament.

To conclude the WWCEHH, Our Blessed Mother was presented with five different coloured stalks of fresh Roses depicting the five continents, to the accompaniment of the final hymn ‘Praise Her with a Flower’.

About the Author: Ivy Chai